Sean is a Senior Lecturer in the Department of Geography at the University of Otago.  His teaching and research interests are in environmental management, sustainable community development, local food systems and rural and regional development. 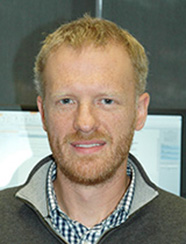 I recently picked up Frances Moore Lappe and Joseph Collins’s 1977 book Food First: Beyond the Myth of Scarcity.  This was the follow up book to Lappe’s hugely popular Diet for a Small Planet.  Although it was written nearly 40 years ago, the key message of the book is still relevant.  The authors suggest that food provides the most useful tool to make sense of our complex world and that food is the right place to focus our attention and energy if we want change to occur.  While the nature of global and local problems have shifted since that time, I believe the underlying message holds true.  It is worrying that after 40 years, we are still grappling with similar problems.

At the time it was written, the key food related problem was tied to population pressures.  Improving productivity of agriculture was seen as critical, yet concerns remained about the ability to produce greater amounts of food given declining environmental conditions and increasing resource scarcity.  Population growth and shifting diets were expected to intensify this challenge.  The dominant responses were about improving productivity through better use of technology, mechanization of agriculture, global investment and trade.

Lappe and Collins were sceptical of relying solely on these solutions.  Food provision was much more than a technical exercise.  For them, food provided a way forward not only to transform the food system, but also society.  Food was the right place to focus attention and energy for change.  What they called for in their book was a paradigm shift that redistributed control of the food system away from multi-national corporations towards people.  In their analysis, people were not hungry because they did not have food, they were hungry because obstacles existed that prohibited people from being able to provide food for themselves.  Now, this does not simply mean that they couldn’t grow food, but rather that they did not have the power, resources, time or ability to access food on their own terms.  In other words, the food problem was not a technological challenge of quantity, but rather a social one of access.

Since that time, food production has outstripped population growth.  According to Olivier De Shutter, the former United Nations special rapporteur on the right to food, worldwide agricultural production has increased at a rate of 2.1% per year over the last 50 years.  In contrast, annual population growth peaked at 2.1% in 1962 and has been steadily declining since.  Another way to demonstrate the impressive growth in our ability to produce food is based on available calories per person a day.  Based on FAO numbers, 1960 per capita food availability was 2220 kcal/person/day and that increased to 2790 kcal/person/day by 2006-8.  In other words, we produce more food per person now than we did 50 years ago.

Based on these numbers, it might appear that the focus on technology, mechanization, investment and trade has been a roaring success.  However, it has come with significant costs.  For example, over the last 50 years, one quarter of the earth’s surface has been modified for agriculture, 70% of global freshwater use has been diverted to food production and global flows of nitrogen and phosphorus have more than doubled.  According to a 2012 report in Nature, all the associated processes of getting food from fields to plates accounts for one third of human-related greenhouse gas emissions.  In the drive for productivity increases, the genetic diversity of our food sources has declined dramatically.  A 1983 study by the Rural Advancement Foundation International found that 93% of our food crop varieties had gone extinct between 1903 and 1983 – the number of tomato varieties declined from 408 to 79, lettuces from 497 to 36 and corn from 307 to 12.

Future generations will be left with an agricultural system that is dependent on depleted soils and water, an uncertain climate and a narrower range of crops.  In addition, despite the impressive increases in agricultural productivity, there are still 795 million people that are undernourished.  There is also a massive inequity in how those calories per capita are distributed globally, with 2 billion people being overweight or obese.

The impacts of such “successes” in improved productivity can only be described as a failure.    Understanding why we have been unable to shift the way we produce, consume and think about food offers insights into attempts to create a food system that is more sustainable and just can help us avoid repeating the unsuccessful attempts redistributing control over the food system that Lappe and Collins suggested was needed.

Successful failure is a concept developed by Wolfgang Seibel in the early 1990s to explain how some organizations, particularly in the non-profit sector, were able to consistently fail to achieve their stated objectives, yet remained successful in securing funding to allow them to continue operating in spite of their failures.  These organizations were often working in the difficult spaces between the private sector and government on intractable and highly visible societal problems.  Such problems, like climate change or poverty for example, require a fundamental re-ordering of societal values which government or the market are un-willing or unable to tackle.  However, because of the visibility of such problems, it is important for someone to be seen to be taking action, hence the celebration of the organizations that step in to fill the void.

Daniel Ronson and Martin Caraher, a UK geographer and sociologist respectively, have recently used the concept of successful failure to explain the persistence of food banks.  Food banks first emerged in the US and Canada in the 1980s as a temporary and emergency response to the crisis of people in wealthy countries going hungry as the social safety net was rolled back.  They have since spread “successfully” around the world and are a permanent and celebrated fixture of society.

Assessing the value of food banks is not straightforward.  On the one hand, who can argue with the laudable mission of providing food to hungry people?  They have also become very effective in their operations.  Their annual reports quantify the number of meals served, celebrate their relationships with donors and demonstrate how they have become much more efficient at distributing food to those in need.  Measured on their operations and ability to get more food to more needy people, they are a success.  As a result, they are able to access an increasing share of resources from donors and government alike.

However, they have also been criticized for their contribution to normalizing hunger and poverty and shifting attention away from government’s responsibility for these issues.  Studies have shown that some food banks prefer to be seen to be politically neutral and are less likely to engage in advocacy to address the root causes of poverty and hunger to preserve their access to funding.  Ronson and Caraher conclude that many food banks can be considered successful failures on the basis of their valued service of distributing food to the hungry while also providing the rest of society with the belief that they need not worry about issues of hunger and poverty.

Applying the concept of successful failure to a range of different food initiatives and approaches, from community gardens, local food networks and farmers markets can help to reveal gaps in terms of the aspects of problems that are not being addressed.

Food waste and food rescue initiatives serve as a good example.  They provide a common-sense solution to food waste by moving excess food from grocery stores, restaurants and cafes to organizations that provide food to people struggling to access food.  Many of these organizations have become precise in documenting their success in terms of the amount of food saved and redistributed.  They have developed on-going relationships with food providers, social service organizations and funding organizations.  However, their contribution to changing the food system to eliminate waste in the first place is limited.  In addition, they have not been successful at reducing the number of people coping with hunger and poverty.

At best, these kinds of initiatives can only plug holes in our social safety net or minimize environmental impacts.  They are not solutions.  And they often detract resources and energy away from alternative solutions if they are not explicitly engaged in addressing their failures.  Perhaps this explains why, after 40 years, the issues that Lappe and Collins identified with the food system are still relevant.  We have been successfully failing in numerous ways and our successes have restricted our ability to both think about food in alternative ways and to create alternative models that would redistribute control over food to people.

What does this mean for the future of a more sustainable food system?  Contemporary food-related issues and concerns have shaped the emergence of a wide range of alternative local food initiatives that represent a step back from the global corporate food system and the associated problems that Lappe and Collins document.  The coming together of diverse stakeholders and approaches from health, environment, economic and social justice perspectives presents a powerful opportunity for change.  Some of these initiatives take their cue from the 100- mile diet or the organic food movement, based on concerns about the environment, peak oil and climate change. Others are driven by support for re-localization of economic activity and the preservation of farmland and the family farm. Still others are influenced by social inequality and improving access to healthy and nutritious food.

If these diverse groups are able to create a compelling story of how food can redefine how we think about success, what we value and what we consider to be progress in addressing common food-related concerns, the potential exists to create a more just and sustainable food system and society.  However, if these diverse groups and stakeholders focus only on their own activities and successes without also dedicating time, advocacy, energy and resources into efforts that actually regenerate the environment and eliminate poverty, the appearance of their individual successes can actually lock us into repeated failure.